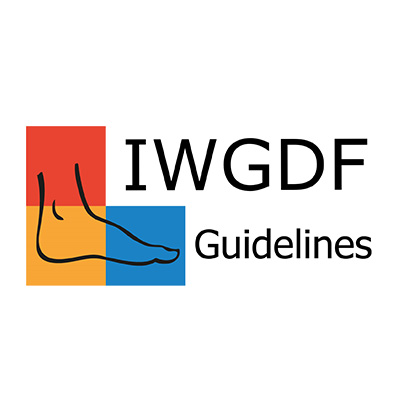 The family of the diabetic foot is relatively small. Some persons in these groups may serve in several capacities. We understand that it may not always be clear to all “who is who”, and which activities are related to which organisation.

We have prepared a joint statement to clarify both the historical background and our current activities.

The International Working Group on the Diabetic Foot (IWGDF)

Over many years, a number of diabetic foot experts have been closely involved in creating a scientific community, as well as in setting up training and education courses. Since the early 1990s, initiated by Karel Bakker, three complementary, but quite different, activities have developed: a guidance group, an implementation group with series of education programmes closely linked to the implementation of the IWGDF guidelines, and a congress. Since 1991, the ISDF has been organised every 4 years and has always been a separate, independent organisation.

The IWGDF was created by a group of 45 experts and first published its guidelines in 1999. As the organisation aimed to have a national representative in each country to help implement the guidelines, it soon grew in size. Moreover, IWGDF members and experts set up several education projects. The IWGDF guidelines are produced every 4 years and presented at the ISDF. This arrangement enables the ISDF to financially support the production and publication of the guidelines. In these different activities, Karel Bakker was frequently both the lynchpin and the driving force.

In 2000, the IWGDF implementation activities were moved to be managed within the legal structure of the International Diabetes Federation (IDF), referred to as the ”IDF Consultative Section on the Diabetic Foot”. This arrangement came to an end in 2015.

In December 2013, Karel Bakker handed over the leadership of the IWGDF to Kristien Van Acker. Due to the growing success and demands of the implementation activities and the guidance development, changes were needed. Therefore, it was decided to appoint two Chairs: Kristien Van Acker for implementation/education, assisted by a small team of 4 renowned experts and educators to form the implementation group to help her innovate and develop further programmes and external collaborations; and Nicolaas Schaper for guidance development, each taking the lead for the activities within their respective areas of expertise.

In April 2017, after an interim legal arrangement to protect their volunteer leadership, the IWGDF implementation group became “D-Foot International”. Simultaneously, the guidance activities were re-branded as “IWGDF Guidance”. Both organisations continue to do what they do best: improving implementation (D-Foot International) and developing guidance (IWGDF Guidance).

Currently, Vijay Viswanathan is the President of D-Foot International and chairs a Board of 6 members. The General Assembly of D-Foot is composed of the Board and the Full Members, who are the National Representatives.

Since 2015, Nicolaas Schaper is the Chair of IWGDF Guidance, which has an Editorial Board of 6 members. The organisation is further composed of 6 working groups, each with 6-12 international experts (totalling over 50 working group members), and each with its own Chair. Additional external experts and international organisations give further input.

The ISDF is held every 4 years. The Organising Committee receives input from an International Programme Board of 22 experts and is assisted by a Local Organising Committee. The symposium is recognised as the largest global conference on the diabetic foot. The event regularly attracts almost 1500 participants from more than 100 countries.

The core activity of D-Foot International is to promote the global profile of diabetic foot prevention and care through ongoing awareness, guidance implementation, education, research and professional development.

The aim of D-Foot International is to prevent avoidable diabetic foot complications and reduce the number of amputations from diabetes worldwide. With its global network of approximately 150 dedicated, specialised footcare representatives in more than 100 countries, the organisation focuses on:

The core activity of IWGDF Guidance is to produce international, multidisciplinary, evidence-based guidance documents to inform health professionals all over the world on the prevention and management of diabetic foot disease. These guidance documents are produced following the most rigorous and scientifically valid processes in guideline development and are undertaken by expert health professionals and researchers from all over the world.

D-Foot International and IWGDF Guidance continue to work closely together with the common aim of creating a fruitful and reciprocal integration of implementation and guidance in the best interest of people with and at risk of diabetic foot disease, all over the world.